Unidentified Wiki
Register
Don't have an account?
Sign In
Advertisement
in: Female, Homicide by drowning, 1994 deaths,
and 10 more

Zakia Mansour was a woman found murdered in 1994. She was found to have drowned in a water hole. She was identified in June 2020.

Zakia was found along a farm road in Gifhorn, Germany. She was brutally beaten and dragged 40-50 meters to a water hole, where she was placed in head first and drowned. She had suffered traumatic injuries to her face that made facial reconstruction very difficult. Forensic investigators believed that the woman was from Asia, in part because she had Asian food in her stomach.

In 2019, movement came into the case of the woman found dead at the waterhole. A woman, the man's mother, was reported missing by a couple. The latter stated that his mother flew to Germany in early December 1994 and did not contact him a short time later.

With the help of the Hanover Medical School, German authorities subsequently conducted a DNA test: The dead woman was then clearly identified as Zakia Mansour in June 2020.

Subsequent investigations revealed that Zakia probably arrived in Germany from Tunisia by plane on December 13, 1994. It is unclear for what reasons she came - possibly to find a job in Germany and start a better life.

After her arrival in Germany, she called her family in Tunisia at least twice. Among other things, she stated that she had met a woman on the plane to Germany. This woman - should it really have been like that - could not be identified, however, because after more than 25 years there were no more passenger lists.

The first night after her arrival, she spent the night with a Tunisian compatriot, who also paid for her plane ticket to Germany. The following day she said goodbye to him. He did not seem surprised that Zakia did not contact him for 25 years afterwards.

The following night, Zakia slept at the home of another, unspecified man.

What Zakia's further path was until she was finally found dead is entirely unclear.

The investigators as well as a witness state that Zakia is said to have stayed at the discotheque 'Nanu' in Salzgitter before her death. The investigators are hoping for further statements or even photos of guests who also visited the 'Nanu' at that time.

Furthermore, Zakia had an acquaintance bring a package to her son in Tunisia, which contained toys for the six-year-old. When his mother did not contact him, he assumed that his mother had forgotten him and did not want to have anything to do with him. This is the reason why the identification of the found body took so long.

Her case could be related to Ganya Thielke, a woman who disappeared from Germany in 1994 days after Zakia was discovered. 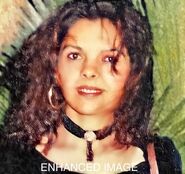