Presumed homicide
Wetzel County Jane Doe was a woman found deceased in 1983 in West Virginia. She is speculated to be a victim of the Redhead murders.

The woman's body was found along a highway, a few days after she died. NamUs states she was decomposed beyond recognition, although postmortem photos available online dispute this.

The body of a white female was found nude alongside Route 250 near Littleton, Wetzel County, West Virginia on February 13, 1983. A couple of senior citizens reported that they thought she was a mannequin, before discovering that it was a human corpse. The body was placed in the area recently, as there was no snow on the body. Tire tracks and footprints indicate that she died at a different area, and was transported to the location where she was found. She was apparently not a victim of sexual assault, although foul play obviously may have been involved in her death. Police believe the victim was killed by asphyxiation or strangulation, though it has not been officially determined.

Authorities have at least two possible suspects: one is a stocky white male in his 40s and is roughly 5'10 and 185-200 pounds who was seen near the area and may have driven a 1978 or 1980 two-toned brown Chevrolet pickup truck with possibly a lighter-colored camper top. The other suspect is a man in prison for multiple murders without possibility with parole, but police cannot prosecute him until the victim's identity is known.

Authorities also have checked dentures records in Ohio, Pennsylvania, and West Virginia but no avail. They have checked several theories including that she may have had ties to the Hare Krishna community in New Vrindaban, West Virginia, was a prostitute from the Pittsburgh area, or had been seen in a bar as an employee or a customer at a bar in Wheeling, West Virginia

She is speculated to be one of up to eleven women suspected to have been killed by a serial killer in the southern and northeastern United States that favored red-haired women. Local investigators have rejected this possibility. 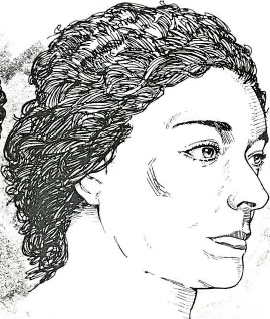 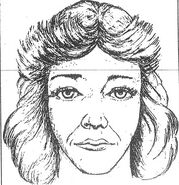