Unidentified Wiki
Register
Don't have an account?
Sign In
Advertisement
in: Featured cases, Female, Homicide by strangulation,
and 17 more

Wendy Stephens, known as Jane Doe B-10 or "Bones 10" while unidentified, (1968 - c. February 6, 1983) was one of the Green River victims. She was identified by the DNA Doe Project. Stephens remained unidentified for nearly 37 years. The remains of two other victims, Jane Doe B-17 and Jane Doe B-20, have yet to be identified.

Stephens, born circa 1968, initially disappeared from Colorado in February 6, 1983. She is believed to have been killed not long after her arrival in Washington.

The Jane Doe's skeletal remains were found on March 21, 1984. She had died a year or more before, sometime in the early 1980s. The site where she was discovered, near the SeaTac Airport, was near the dumpsite of fellow victim Cheryl Wims.

Gary Ridgway, who was a formerly unidentified serial killer, stated he had strangled the victim and had picked her up near the Pacific Highway South, indicating she could have been a runaway, hitchhiker, and/or a prostitute.

Ridgway thought she was in her early 20s, but it was believed that Jane Doe B-10 was under 19. He also claimed she was killed between spring and summer 1983.

Ridgway's accounts of the murders may not be credible, as voiced by detectives. 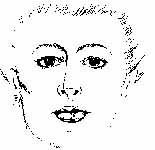