Stabbing
Volusia County John Doe was a child or teenager who was discovered murdered in Daytona, Florida

The badly decomposed body of a young male was found floating in a pond. The victim had been stabbed to death a few days prior to being discovered, and his body showed evidence of "violent trauma". Additionally, his pants had also been removed from his body and were hanging off of one of his legs, suggesting a sexual assault, but this was never confirmed.

The decedent was originally thought to have been about 20 years old, but findings in a 2013 exhumation of his remains indicated that he was much younger than what was initially estimated, most likely in his early teens.

The body was too decomposed to retrieve fingerprints, despite attempts to do so by the FBI. There was also insufficient DNA available for profiling. 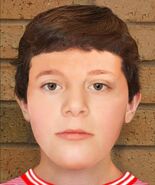 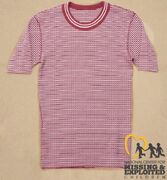