Unidentified Wiki
Register
Don't have an account?
Sign In
Advertisement
in: Male, Homicides, People found in Nevada,
and 14 more

Vincent Marion Trapp was a man whose remains were located in Nevada in 1992. He had been buried in a shallow grave, which had been disturbed by wildlife. He was discovered along Sand Canyon Road, which was off Highway 338.

An anonymous individual informed police of the partial skeleton's discovery. Close to where the remains were recovered, additional clothing and personal items were found at an apparent campsite. Prior to the discovery, a local resident stated that a dog occasionally wandered onto her property, lacking a collar. It possibly returned to the site of the makeshift grave, based on the direction it chose when leaving the yard. A photograph was taken by the homeowner, which was given to investigators after the case was reopened in 1999.

The victim was possibly connected to a 1979 Grand Prix Pontiac that was found in October of the previous year, at a location close to the gravesite. It was owned by a man residing in Oklahoma, although additional details of this potential lead are unclear.

Trapp had originated from Sacramento, California, though was living in Yerrington, Nevada at the time of his disappearance. It is believed that he was murdered sometime between the spring and summer of 1991. With a successful identification, detectives are now focused on finding Trapp's killer. It has been acknowledged that there are persons of interest in his death, who are still alive and have been interviewed in two different states. 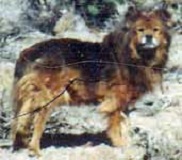 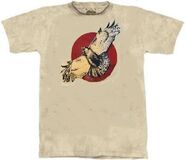