Troup County John Doe was a man found murdered in the northern end of West Point Lake near the city of LaGrange in Troup County, Georgia on March 11, 1990. He is believed to have died no earlier than January 1990.

Fishermen who were out in the northern area of lake found this body in the water. The body had been left (or drifted to) the far northern part of the lake near where it renarrows back into the Chattahoochee River, which is wooded and somewhat remote with few roads nearby. He had killed by gunshot, twice in the head.

His case was listed by Doe Network as identified in 2018 after GBI took it down, but the "Identified" banner is not on his page and after his case was added to NamUs on January 19, 2020, the case was brought back. 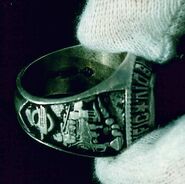 Side of ring, showing extra design. 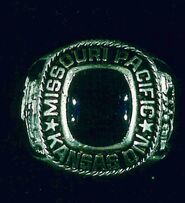 Front of ring, showing the stone and writing.