Unidentified Wiki
Register
Don't have an account?
Sign In
Advertisement
in: Male, White, Cause of death not stated,
and 8 more

Toronto John Doe was a man found in the stairway of a building at 901 King Street West in Toronto, Ontario in 2019. 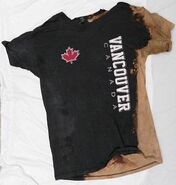