Unidentified Wiki
Register
Don't have an account?
Sign In
Advertisement
in: Male, Homicides, People found in Yukon,
and 12 more

Homicide
Theodore Frederick Kampf was a man who was found deceased near the North Fork Dam. His exact cause of death is unknown, but is being treated as a homicide.

He was identified with assistance from Othram Inc. in 2021, as a man who had gone missing from Camden County, New Jersey two years prior.

Kampf was found by somebody looking for firewood. His lower torso was buried several meters from a road near a wooded area. It's believed he was completely buried at one point, but was dug up from animal activity. He may have been camping. 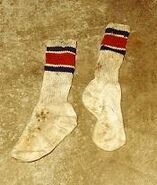