Natural
Terrence Peder "Terry" Rasmussen (December 23, 1943 - December 28, 2010) was a convicted murderer, now believed to be the man responsible for the Bear Brook murders and the disappearance of Denise Beaudin. He remained unidentified in prison until 2017, seven years after he died. He used many aliases during his criminal career and was primarily known as "Robert" or "Bob Evans."

Little is known about Rasmussen's early life, however, in the early to mid 1970s, he did have ties to the mines in Black Mesa, Arizona located on the Navajo Nation Indian Reservation.

Rasmussen was last seen by relatives in late December 1974. He had four children with his first wife, who left him sometime between 1973 and 1974.

Rassmussen left California with Marlyse Honeychurch and her two daughters in November 1978 to New Hampshire. The three victims and Rasmussen's unidentified daughter were killed between 1978 and 1981.

In the late 1970s and early 1980s, he resided in New Hampshire until he later kidnapped the daughter of Denise Beaudin and left for California. Beaudin's daughter was abandoned alive; she was later identified prior to Rasmussen.

Rasmussen was convicted only of the murder of Eunsoon Jun, his common-law wife.

Apart from being known to have killed Eunsoon Jun, he is presumed to have killed all four of the Bear Brook victims, found in 1985 and 2000. One of the children was later identified as his daughter. It is possible that he killed this victim's mother as well.

In 2019, the three maternally related victims were identified as Marlyse Honeychurch and her two daughters, Marie Vaughn and Sarah McWaters, originally from Los Angeles County, California. It is believed they were killed between 1979 and 1981, along with his currently-unidentified daughter.

Due to his known activity with Denise Beaudin and the circumstances surrounding her daughter's abduction, he is also believed to have murdered her. He resided within close proximities of missing individuals such as Laureen Rahn and Denise Daneault.

He was also suspected in the disappearance of Elizabeth Lamotte, who was later identified as a victim found in Tennessee in 1985. 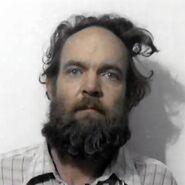