Undetermined
Nathaniel Terrence "Terry" Deggs was a man whose remains were discovered in 2015.

In September 2019, it was announced he had been identified by the DNA Doe Project and in December 2019, his identity was revealed as Nathaniel Terrence "Terry" Deggs, who had ties to Baltimore, Maryland and the Bronx, New York.

While Deggs was still unidentified, he was known as the Mill Creek Shed Man. His surname at birth was Davies. The surname Deggs is from his foster family.

Deggs was born to a teenage mother in Baltimore, Maryland. He was taken in by a foster mother in his youth and they both moved to the Bronx, New York. This is where he took the last name Deggs. Not much is known about Deggs' youth. After the death of his foster mother in 1984, Deggs disappeared and appeared to live off the grid in Washington. It is unknown why he came to Washington.

In October 1985, Deggs was discovered by the owner of a property in Mill Creek. He was found staying in a barn that was falling apart near his home. He eventually became part of the family and did odd jobs for them, but he rarely left the shed behind the house. The family did not learn much about him and he went by the name of Jerry.

The property was sold in 2007 and Deggs still lived in the shed afterwards. Mill Creek police did witness a man walking along Bothell-Everett Highway and when they talked with him, did take notes but he was never arrested or fingerprinted.

Deggs was found deceased in the shed in 2015. His cause of death was undetermined, however foul play is not suspected.

It was theorized that the owner of the shed had given him permission to live there. A man named Jerry Diggs (or Deggs), with a possible birth date of 12/31/1949, had once lived on the property. The surname, alias, year of birth and the alias of the decedent turned out to be in line with these theories. 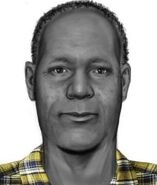 Shed Degg's was discovered in.