"Tempe Girl" was the nickname given to a teenager who died of a cocaine overdose in Tempe, Arizona in 2002. Her body was dumped behind a strip mall shortly after her death.

The decedent was discovered behind a strip mall in Tempe, Arizona on April 27, 2002.

A compact disc discovered close to her body had fingerprints on it, which belonged to a woman who lived in Phoenix, Arizona. Investigators went to interview the woman, who claimed she had no knowledge of the decedent, but her boyfriend had observed the girl hitchhiking near 32nd Street and Greenway Road in Phoenix, Arizona on April 26, 2002. He offered her a ride to her intended destination of Tempe, Arizona. She had also expressed interest in purchasing tickets for an upcoming music concert.

The decedent spoke in Spanish while she was in the vehicle and stated she was recently disowned for her drug use by her family and expelled from her household.

Apart from the driver, a second person, a drug dealer, was picked up in the vehicle. The decedent decided to spend her money on cocaine from the drug dealer instead of purchasing tickets to the upcoming concert like she had originally intended.

Along the way, she used cocaine and had a negative reaction to the drug. She began to have a seizure and the driver pulled her out of the car, leaving her behind a strip mall. The driver then informed the drug dealer to call police at a nearby gas station and left the scene. However, her body was not discovered until 5:40 am the next morning.

Due to the circumstances described by the driver of the vehicle, her death was not ruled a homicide or accident. 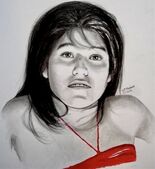