Unidentified Wiki
Register
Don't have an account?
Sign In
Advertisement
in: Featured cases, Homicide by beating, Reconstructed by NCMEC,
and 13 more

Teala Patricia Thompson (December 23, 1953 - c. September 6, 1967) was a girl found buried in a shallow grave in a landfill in 1967 in Pennsylvania. When she disappeared on September 5, 1967, her family suspected she was a runaway and did not report her missing until nearly 50 years later. In 2015, she was reconstructed by NCMEC.

Teala was last seen at a high school and was thought to have run away from home. She was believed to have remained in the local area until suspicions of foul play arose. Her mother never reported her missing, as she believed Teala was still alive.

When Teala was reported missing, the only photograph available was one taken when she was approximately 8 years old, when she had disappeared at the age of 13.

The girl's body was found partially buried by a passerby. Animals and insects, along with decomposition, made the remains unrecognizable. The girl was naked except for a sock on her left foot.

Her remains were too decomposed to determine the exact cause of her death, but the coroner ruled her death to be a homicide.

The girl was exhumed in 2015 to obtain new evidence and a facial reconstruction. A first attempt at unearthing the grave was unsuccessful, due to the fact burial info was not available.

The cemetery was full of 610 graves, with numbers on them that had been damaged due to weather.

30 yards from the original area, they found the correct grave with a pine box inside. Dental records confirmed that the pine box had Jane Doe's remains.

The girl was buried with an unidentified newborn baby found in 1967 as well, although both cases are believed to be separate.

A local children's hospital donated a CT Scan of the girl's skull. DNA was then developed from the remains by the University of North Texas.

After the composite of the girl was released, Mary Thompson, the possible sister of Jane Doe, contacted authorities. She claimed her sister was Teala Patricia Thompson. Mary submitted her DNA and the DNA samples were sent to the state crime lab.

Teala’s family believes a man who she worked for at a dry cleaner, may be responsible for her murder. No suspects have been charged, and the man has never been located. Teala’s family also believes that her killer is no longer alive due to the time that has passed. 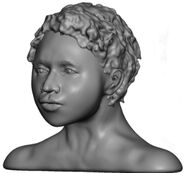 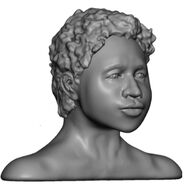