Unidentified Wiki
Register
Don't have an account?
Sign In
Advertisement
in: Featured cases, Female, Homicide by gunshot,
and 16 more

The victim's body was found on November 10, 1979, approximately a day after she was shot in the front of the head and once in the back. The girl was dubbed as "Cali Doe," as she was found near the city of Caledonia, in Livingston County, New York.

She was witnessed to have been eating at a diner with a man who has never been located. He has been regarded to be a person of interest in her murder. The autopsy revealed she had eaten food consistent with the establishment where she was seen. The man Alexander was with paid for their order, but he remains unidentified.

Serial killer Christopher Wilder was speculated to possibly be involved in the murder, which took place several years before he began his crime spree. He was killed by police before investigators in New York could speak with him about the case. Henry Lee Lucas falsely confessed to her murder in 1984.

Alexander was initially believed to have been from the southwestern part of the United States after examination of her bones and pollen on her clothing. The turquoise necklace that she wore also suggested a Southwest origin. It was also possible that she was native to Mexico, or possibly Canada. The pendants she carried were traced to a vending machine in the state.

Tammy was identified on January 25, 2015, after Carl Koppelman sent a possible match through Websleuths, comparing a photo of Alexander and Cali Doe. Through DNA analysis between her half-sister and the then unidentified Tammy, there was a confirmed match. She was sixteen upon the time of her death. A former boyfriend confirmed she disappeared in the spring of 1979 when she was fifteen. It is thought she hitchhiked from the truckstop she worked at in Brooksville, Florida, and did so with others until she reached Caledonia.

It was initially disputed whether or not Tammy was reported missing before a classmate filed a report in 2014. Tammy's family was subjected to a large amount of scrutiny, but they refuted the public's accusations. They stated that because of her history of running away, her original missing person report was not taken seriously, similar to Michelle Garvey and Amber Creek.

Tammy remains buried in the Livingston County Cemetery, her headstone being replaced with her name and birth/death dates. Previously, a grave reading "Lest We Forget: Unidentified Girl."

In 2016, three men had been tested against the DNA sample detected on Tammy's clothing; in November it had been announced that none of them turned out to be a match. The men were described as persons of interest, as they were acquainted with Alexander before she died.

On what would have been her 57th birthday, cassette recordings of Alexander's voice were released publicly. The messages contained were addressed to her then-boyfriend, which were created at the approximate time of July 1979. 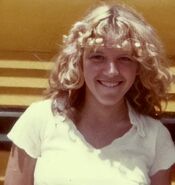 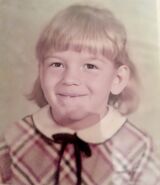 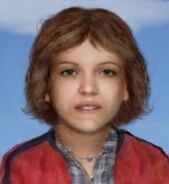 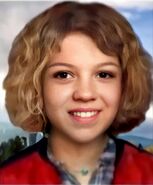 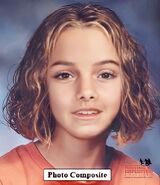 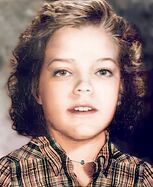 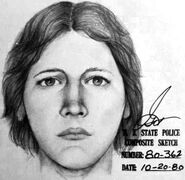 Keychains and locket reading "He who holds the Key can open my heart."