She was identified by Redgrave Research in March 2022.

Susan’s head was found by two girls in a wooded area in the Wayne Fitzgerrell State Park, in the brush along an interior road of an area described as the "primitive campground."

Police suspect that her head may have been thrown from a car traveling along the interior road.

The cause of her death was deemed a homicide. 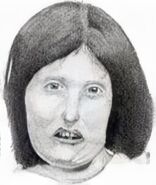