She was identified on January 14, 2020, with extra details released in a press conference the day after her identification.

Huskey was born in Sulphur Springs, Texas in 1972. She was the youngest out of 7 children. She was described by her sisters as a “happy, bubbly, spoiled little girl,” and she enjoyed swimming out to the lake, hanging out with friends, and playing with her nephews and nieces.

Sue’s body was discovered in a pile of brush along Interstate 35. She had been shot several times. Despite her young age, she hadn’t received a reconstruction by the NCMEC, but instead sketches were made by Natalie Murry and Karen T. Taylor.

It’s unknown how or why Huskey made it to Jarrell, a possibility being she might have hitchhiked.

In April 2018, after unsuccessful attempts to identify the victim, Williamson County authorities Cold Case Unit contacted the DNA Doe Project. Early attempts to extract DNA from Huskey's remains failed. In July 2019, bone and tooth samples were sent to the International Commission on Missing Persons (ICMP) in The Hague. ICMP was able to extract sufficient DNA to allow the DNA Doe Project to create a GEDMatch-compatible kit and to proceed with genetic genealogy analysis. In December 2019, Kevin Lord, DNA Doe Project Team Leader for the Corona Girl case, notified WCSO of a tentative identification which was confirmed by a DNA sample provided by members of the victim’s family.

The Sheriff’s Department is now focusing their attention on solving Sue Ann’s murder. 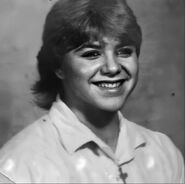 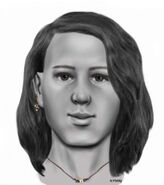 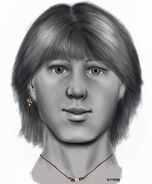 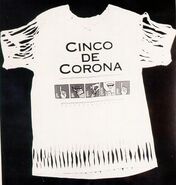 Logo on the undershirt