Steven Edward Gooch (c. 1966 - 1995), previously known as "Cliff", was a man whose partial remains were discovered in Marion, Montana in 2003. Although his cause of death remains undetermined, it is assumed he was killed by a gunshot wound, although blunt trauma has not been excluded.

He was identified by the DNA Doe Project in February 2022.

Steven Gooch was born in 1966 at Loring Air Force Base near Caribou, Maine to David and Georgia Gooch. His earliest years were spent living on different military bases across the U.S, but by the 1970's, his family settled in the Seattle area. Steven dropped out of high school, but later earned his GED. It was around this time that he began to spend time with people his parents didn't approve of. Steven also struggled with addiction in his late teens and early 20's especially with gambling.

Steven married Lisa Caribo, a young woman from the Philippines, in 1990. They soon had a daughter, Carlenn. However, the couple eventually separated due to Steven's unstable life. In 1995, he decided to move south.

Steven moved to Blythe, California around 1995. He found work at a gas station in the area. In the summer of 1995, he called his father asking for money. Steven called his sister, Lyndal, in the winter of 1995 again asking for money which was the last time anyone heard from him. In 1996, Lyndal called the gas station Steven worked at and asked where he was. The gas station attendant said that Steven had quit and bought a bus ticket to Las Vegas. It's unknown whether he made it to Las Vegas.

The DNA Doe Project's findings were publicized in a special episode of the podcast Crime Junkie released in August 2020. The Sheriff's Office approached the podcast hosts with the intent of disseminating information to the show's audience, in order to gather tips.

The DNA Doe Project believes that Gooch, while unidentified could have had connections to these surnames and locations:

Steven as a child. 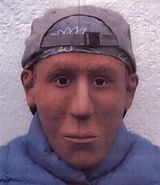 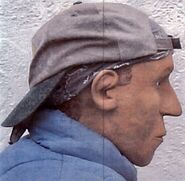