St. Louis Jane Doe was a young girl or preteen who was found murdered inside of an abandoned house in St. Louis, Missouri.

The victim was found by two men in the furnace room in the basement of a vacant Victorian apartment building at 5635 Clemens Avenue in St. Louis during the afternoon. The men went in the building looking for scrap metal for their car. When one of them pulled out a lighter to light his cigarette, the light showed them the body. She was lying on her stomach with her hands tied behind her back with red and white nylon rope. She had been sexually assaulted, strangled, then decapitated with a large-bladed knife after her death. Her head has never been recovered. She had been killed elsewhere and brought to the vacant building after her death due to the lack of blood on the scene. There were no signs of previous abuse on the victim's body.

When detectives Joe Burgoon and Herb Riley showed up, they thought she may have been a prostitute or a drug addict from the Cabanne Courts, a nearby housing project known for such things. However, turning her over showed she had not reached puberty. Her stomach was also found to have been empty. Since then, authorities searched high and low for every lead possible. They believe she was possibly out of state after checking the Missouri school records. They conducted ran ads in every African American newspaper and magazine in the country, corresponded with every state police agency, and did a full anthropology exam and isotope analysis, which was completed by the NCMEC and the Smithsonian Institute. The test suggest she was from and spent most of her childhood in Alabama, the Carolinas, Florida, Georgia, Indiana, Louisiana, Michigan, Minnesota, Pennsylvania, Ohio, Tennessee, Texas, and West Virginia.

When the authorities approached psychics, one said her head would be on a boat in the Gulf of Mexico. Another in Florida requested to see her sweater and the nylon bounds, but they were lost in the mail. Even another one, Sharon Nolte, believed she was a Chippewa Indian named Shannon Johnson and her killer was drifter living in southern Texas.  All the psychic claims led to dead-ends or were disproven.

As for suspects, it was believed the killer was a family member due to the lack of a missing person’s report. However, many believe it to be the work of Vernon Brown. Brown was a serial killer who was convicted for the October 24, 1986 murder of nine-year-old Janet Perkins and the March 7, 1985 murder of nineteen-year-old Synetta Ford. He was also believed to be responsible for the rape and murder of Kimberley Campbell in 1973. Although questioned extensively, Brown never confessed to any other murder besides the one he was convicted for. He was executed on May 18, 2005.

In April 28, 2001, the body of a black girl three to five years old was found decapitated in Kansas City. A connection was ruled out when she was identified as Erica Green in May 5, 2005. Green’s mother and stepfather were convicted in that crime.

The victim, dubbed "Hope" by some, was buried in the Washington Park Cemetery, a historically black, but derelict cemetery. When exhumed in 2013, authorities had to use videotape recordings from the 1983 funeral because of the terrible condition it was in. She was then reburied at the Calvary Cemetery, specifically in the Garden of Innocents where they bury the John and Jane Does.

The following have been ruled-out has the victim per NamUs:

Rope found at the scene

House where the body was discovered 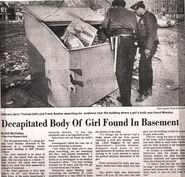 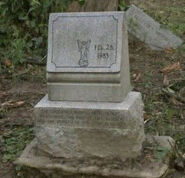 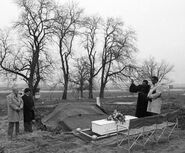 The shirt worn at the time of her murder, along with the cord that bound her.