Snohomish County John Doe, also known as Sultan Basin Road John Doe was a male found deceased in Washington in 2007. The DNA Doe Project is involved in his case. Although it is said that the status of their work was stalled, additional information came to light in 2021. 26 men have been ruled out as the decedent.

An Oregon genealogist discovered that the man has ties to Texas and Louisiana on one side of his family and on the other side, he has genetic ties to Amish and Mennonite communities in Ohio and Indiana. A new facial reconstruction was released as well. 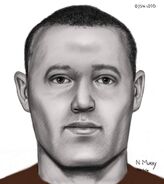 Location where the remains were found