Unidentified Wiki
Register
Don't have an account?
Sign In
Advertisement
in: Male, Homicide by gunshot, Young adults,
and 13 more

Morris had been travelling around the New England states at the time of his murder and had been released from Vermont State Prison in May, 1969. He was last seen in Vermont on July 25, 1969.

Morris' body was discovered on August 7, 1969, in a water-filled pit on the exit side of I-93 in Salem, New Hampshire. He had been shot twice in the head, once in the neck and once in the torso.

Efforts to identify the victim came up empty as fingerprint searches through databases turned up negative results. Eventually, a description of the fingerprints were entered into the FBI’s Automated Biometric Identification System by hand by New Hampshire criminologist Timothy Jackson, and Morris came up as a match. 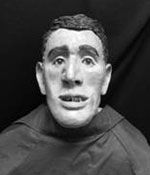