Sheridan County Jane Doe was a pregnant teenager or young woman found murdered in Wyoming in 1992, as the third known victim of a previously unidentified serial killer. She was found along Interstate 90. Twenty missing women have been ruled out as being the decedent.

The female's decomposing body was discovered along Interstate 90. Her cause of death (sometimes listed as beating) could not be determined, but it is presumed to be homicidal in nature. The victim was also sexually assaulted.

DNA linked her to the killer of Pamela McCall and "Bitter Creek Betty." McCall was located in Tennessee on March 10, 1991 (near I-65). The latter victim is also unidentified, located in the same country, and was discovered on March 1, 1992, along I-80.

The modus operandi of the killer includes the following details: all three were either pregnant or had a history with childbirth, aged 32 and below, and had brown hair. McCall was strangled; the other Jane Doe was possibly beaten. Sexual assault was also consistently evident in all three murders. Jewelry (if any) and footwear were also missing for each; although Bitter Creek Betty was the only nude victim.

In May 2020, Clark Perry Baldwin, 59, of Waterloo, Iowa, was arrested and charged with the three victims' murders, along with that of Pamela McCall's unborn child. 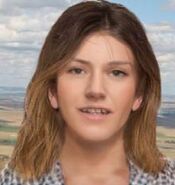 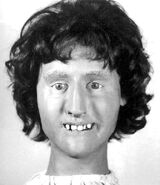