Shelly Rae Christian (also known by the surname Kephart), known as "Matilda" to investigators while unidentified, (1964 - c. October 7, 1993) was a woman who was discovered in 1994 in Coopersville, Michigan. She may have been a victim of an unidentified serial killer who preyed on prostitutes during the 1990s.

She was tentatively identified by the DNA Doe Project in late December 2021 and a confirmation was made in January 2022.

The skeletal remains of a woman were found by a pair of rabbit hunters in a wooded area near Wright Township of Ottawa County, Michigan on November 6, 1994. The township is adjacent to the city of Coopersville. The remains were located at the south end cul-de-sac of 32nd Avenue just north of I-96.

The victim was most likely disposed in the area between May and September of 1994. Rural West Michigan experienced a series of prostitute murders during the early and mid-1990s and this case has similarities with such cases and fits into the time frame.

A Radford University article has stated serial killer Larry DeWayne Hall is a suspect in her case, even though she was found after his arrest for the kidnapping and murder of Jessica Roach. It is not clear if Hall is a suspect in the other murders that are believed to be connected. 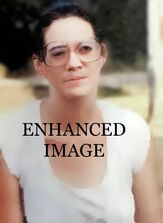 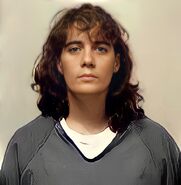