Unidentified Wiki
Register
Don't have an account?
Sign In
Advertisement
in: Female, Homicide by strangulation, Black,
and 13 more

Shaquana Marie Caldwell was a woman who was found murdered in June 2017, after initially disappearing on May 14, 2017. After efforts by the Parabon NanoLabs, she was identified after five months. After her identification, her boyfriend, Taras Caldwell (biologically unrelated nor married to the victim) confessed to her murder and is pending trial.

Shaquana Caldwell disappeared on May 14, 2017, and she was reported missing by her family on May 22 after they grew concerned by her absence. She had not shown up for work the day she disappeared.

Caldwell's decomposed remains were discovered underneath a tarp in Glen Burnie, Maryland on June 14, 2017, by hikers. Foul play was suspected, and her age was estimated to be around twenty-years-old. After her body remained unidentified for several months, law enforcement sought the work of the Parabon NanoLabs to create a likeness based on phenotypes and her skull.

After similarities were noticed between Caldwell's missing person report and the reconstruction and items at the scene, dental records confirmed she was the unidentified woman. Taras Caldwell, 51, was apprehended in Utah, in January 2018, and he later confessed to strangling her in their apartment after a domestic dispute. He additionally led police to where he had disposed of her body.

Her family suspected Taras as the responsible party after she disappeared, although Caldwell was discreet on their relationship status. Taras Caldwell was convicted on the death of another woman in 1998 under the same circumstances but had been released two years before Shaquana's death. 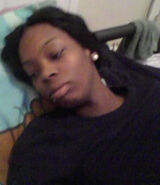 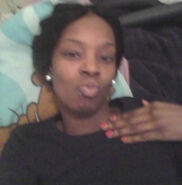 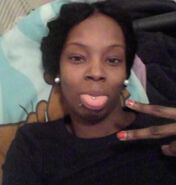 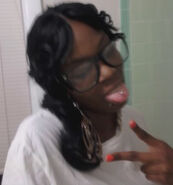 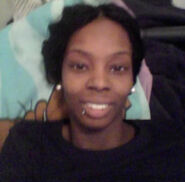 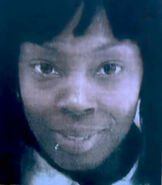