Homicide[1]
"Sebastian Pasqual" was the possible name of a young man found murdered in Florida in 1986.

At approximately 7:32 AM on May 12, 1986, Collier County sheriff's deputies were notified of a possible stabbing victim near South 4th Street and Boston Avenue in Immokalee, Florida. First responders found the decedent's body in a wooded lot. The victim had suffered trauma that the medical examiner ruled as the result of a homicide; however, investigators have not elaborated on whether he was stabbed and have withheld the cause of death to maintain the integrity of the case. A couple of beer bottles were found at the scene and toxicology results revealed that the victim was heavily intoxicated at the time of his death. Interestingly, the victim's footwear was missing and investigators believe they may have been stolen from the victim.

The area in which the victim was found is in close proximity to a foot trail and labor camp frequented by migrant workers. It is believed the victim may have lived at the labor camp or just visiting acquaintances who were.

Five months after the victim's death, a man being interviewed by local investigators in reference to an unrelated case noticed a composite sketch of the victim in a detective's office. The individual claimed that he knew the victim as "Sebastian Pasqual", but did not believe this was his actual name. According to the individual, the victim was from Guatemala and had traveled to the United States in a group of around 20 migrants seeking employment as farm workers, most of whom were using fraudulent identification. The group first traveled to Mexico where they crossed the border into Arizona, Shortly after, the group traveled to LaBelle, Florida, where half of the group stayed. The other half, including the victim, continued on to Immokalee and arrived about a week before the victim died.

A Polaroid photograph including the victim was provided to investigators by the individual who knew him. The victim was noted to still be wearing the clothing he was found dressed in when his body was located. Because of this, it is likely that the victim was limited in personal items and he may have purchased clothing at various charities while traveling. Investigators have not released this photograph to the public.

The Guatemalan and Mexican Consulates have been unable to assist in identifying the victim. It is possible the victim still has living family residing in Guatemala. 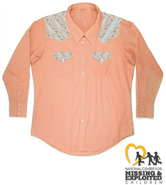 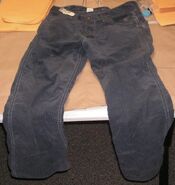 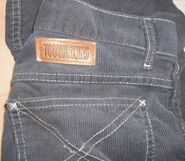