Unidentified Wiki
Register
Don't have an account?
Sign In
Advertisement
in: Female, Homicides, Cases with Wikipedia articles,
and 16 more

Sandra Louise Matott (June 27, 1942 - c. July 1979) was a woman whose remains were found in rural Millard County, Utah on August 19, 1979. Her remains were identified on August 10, 2021. Her case was the oldest missing persons cold case closed by the Salt Lake City Police Department.

Sandra Matott was reported missing on July 18, 1979 by her husband, Warren Matott. He reported that she was last seen at a bar eight days earlier in Salt Lake City, Utah. However, her family, including her children, and law enforcement believed Warren had more information about her disappearance and death.

Salt Lake detectives at the time tried to conduct follow-up interviews with Warren, but they were unsuccessful. Police conceded there was no probable cause to charge him in connection to her disappearance. Warren died in California in 1999.

Matott was found buried in a shallow grave under a juniper tree fifty meters off a dirt road near the I-15 Cove Fort exit. Few clothing items were found and no natural teeth or dentures are available for comparison. A cause of death could not be determined, but it the case was investigated as a homicide.

In 1984, Henry Lee Lucas confessed to killing her after being convicted for killing Becky Powell and Kate Rich in 1983. He apparently gave details to investigators that only the perpetrator of the crime could have known.

While in custody, Lucas confessed to killing over hundreds people with the Lucas Task Force, headed by the Texas Rangers, closing two-hundred and thirteen murder cases. However, it was eventually determined Lucas falsely confessed to most of the cases, with authorities greatly enabling him by bribing him with privileges or letting him read cold case files to confess. Lucas would recant all of his confessions, including this one. Eventually, he was convicted of eleven murders, suspected of more, and died on March 12, 2001.

On February 1, 2019, Matott's case was entered into Utah's Cold Case Database. On November 25, 2019, the Millard County Sheriff's Office contacted the Salt Lake City Police Department after a case file was located describing the two cases as possible related. In October of 2020, the Millard County Sheriff's Office submitted the bones to the University of North Texas for DNA testing.

On August 10, 2021, the remains found in Millard County were identified as belonging to Sandra Matott. Three days later, the SLCPD informed her family about the identification.

Because the two suspects in her case, Warren Matott and Henry Lucas, are now deceased, the Millard County Sheriff's Office has closed the case. 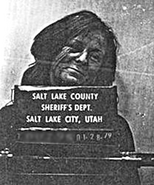 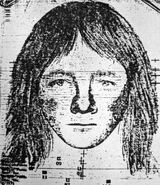