Sahara Sue was a teenager or young woman found stabbed to death in Las Vegas, Nevada on August 14, 1979. Her case is well known due to the fact that she had no teeth and wore dentures, unusual for someone of her age.

At around 9 PM on August 14th, 1979, a passerby found the body of a young female in the empty parking lot of lot on the old El Rancho Casino property (now a vacant lot) at Las Vegas Boulevard South and Sahara Avenue. It is believed she had died 3 to 4 hours before her discovery and based on wounds to her abdomen, it was concluded she had died from stabbing. A toxicology report determined that she had an blood alcohol level of .238, indicating she was quite drunk when she was killed.

Her body was found partially unclothed, while her jewelry was still present. There was no evidence of a sexual assault but some of her clothing had apparently been taken by her killer, possibly as a "souvenir". Despite this, it is believed she mostly walked barefoot. The clothing she had on suggests that she had originated from Florida.

A witness reported seeing the female with another man at a liquor store just hours before her death. He is being actively sought as a suspect in her death. He was white, approximately 28 years old, stood about 5'11, weighed around 165 pounds, and had a thin build with brown hair and a mustache.

In 2016, a new lead developed and released to the public. The lead had given possible information about the decedent's life before her murder. The lead indicated that she may have lived in a trailer park near Las Vegas and that she may have used the names, Shauna or Shawna. She may have also worked at a Holiday Inn or a motel on Las Vegas Boulevard.

Pollen isotope testing conducted on the victim indicated she had spent some time in Napa Valley or Central Valley, California before her death. 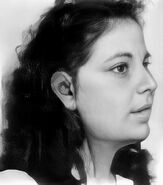 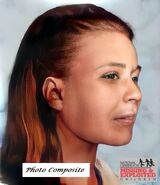