Unidentified Wiki
Register
Don't have an account?
Sign In
Advertisement
in: Female, Homicide by drowning, 1986 discoveries,
and 14 more

Robin traveled with her new husband, Michael, from their residence in Los Angeles, California to Minnesota to visit Robin's children for Christmas, who were living with Robin's ex-husband. Robin was last seen on December 28, 1985, with her husband, Michael. She had left her children with their father and they never heard from her again.

According to her family, Michael was part of a drug investigation, and at one point, the couple's California home was seized. Robin was not reported missing and she was declared deceased.

Michael died in 2007 and police have not ruled him out as a suspect.

Green's body was discovered along Interstate 70 in January 1986. She had been beaten severely and thrown over a bridge, where she drowned in the water below. She was thought to have been of European descent based on her clothing.

In 2019, a theory came to light that she was possibly Anna Neeft who vanished in 1982 and was last seen in 1984. Dental records reportedly matched, however, Anna's brother disagreed with this theory. DNA later disproved this.

Based on her case's popularity in Salina, Robin's family have decided to keep her remains buried in Salina, and they plan to create a proper headstone with her name. 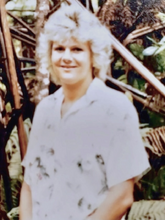 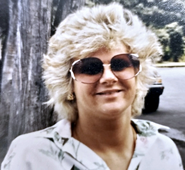 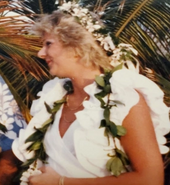 Green on her honeymoon, months before her death