Rising Fawn Jane Doe was a female found strangled to death in Georgia in late 1988.

The victim's remains were discovered along the east side of northbound I-59 near Rising Fawn in Dade County, Georgia. Approximately five miles from the Georgia and Alabama state line.

It is suspected that the victim may have been a hitchhiker. It was determined she had been sexually assaulted.

Serial killer Samuel Little confessed to Patricia Parker, also in Dade County, but he was cleared in this case through DNA evidence.

Another serial killer, Larry DeWayne Hall, was named a suspect in this case, according to a Radford University article. Hall is speculated to be responsible for the disappearances up to forty-five women during the 1980s and 1990s. Many of Hall's speculated victims were young women that were sexually mutilated and/or found near Civil War memorials. He is currently incarcerated at a North Carolina federal prison for the 1993 kidnapping and murder of Jessica Roach. The article also stated this victim was mutilated and found near a Civil War memorial, but this cannot be confirmed with other sources. 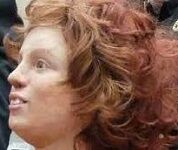 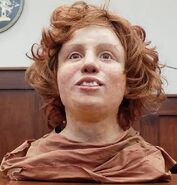 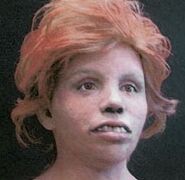