Richele Lee Bear (Born August 28, 1990) was a young woman who was last seen leaving a residence in the 900 block of Rae Street. She was reported missing on September 5, 2013. Her murderer has since been caught and sentenced, but her body has yet to be found.

In May 2014, Clayton Bo Eichler was charged with the first degree murder of Richele and offering an indignity to a human body. He'd already been charged with the second degree of another Indigenous woman, Kelly Goforth, who was murdered on September 24, 2013 and found a day later.

Images found on Clayton's cellphone and computer showed Michele in his bedspread, a sleeping bag, and the back of his vehicle. Her head and face were covered up and she was partially undressed. She is presumably deceased in those images, as she appeared to have ligature marks on her neck. Richele was likely murdered between August to December 2013.

Clayton pleased guilty to murdering both women in September 2016 and was sentenced to life in prison without the chance of parole for twenty years. He was addicted to meth when he murdered Richele and doesn't remember where her body is. 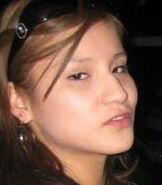 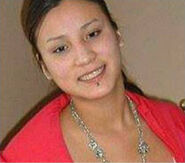