Unidentified Wiki
Register
Don't have an account?
Sign In
Advertisement
in: Featured cases, Female, Homicide by stabbing,
and 14 more

Reet Silvia Jurvetson (September 23, 1950 - November 14, 1969), formerly known as "Sherry Doe" was a young woman found stabbed to death in 1969. She was identified in 2015. Reet was born in Sweden to Estonian refugees, raised in Canada and later moved to California, where she was murdered.

Her body was found with over 150 stab wounds from a pen-knife to her neck and upper body, along with defensive wounds on her hands and arms. She had died one or two days before. Her body was disposed of along Mulholland Drive in Los Angeles, California. It appeared that her killer intended for her body to remain unnoticed in the canyon, but it became tangled in the brush. Police believe the murder was likely committed by someone she knew, based on the level of overkill.

It is known Reet left her home in Toronto, Ontario, Canada to meet with a man named "Jean" or "John" in California. Weeks after her arrival, Jurvetson contacted family stating she was happy in America, and the return address on the postcard was the apartment in which he lived.

Some witnesses claimed to have seen a woman named "Sherry" who matched her description among members of the Manson Family, known for their murderous crimes at the time, but it turned out Sherry was alive. Charles Manson himself denied any involvement in killing Reet Jurvetson.

In December 1968, the body of Marina Habe, the seventeen-year-old daughter of a local Hungarian-American writer was located near the site Jurvetson's body was placed. Habe was killed in a similar fashion, and she had possibly been seen with members of Manson's followers. Although her murder remains unsolved, many believe Marina Habe was a Manson victim.

Decades after Jurvetson's body was cremated in 1970, a box of evidence was discovered that contained the victim's bra, which was supposed to have been destroyed after the case remained unsolved. A DNA profile was successfully developed; fingerprint and dental information was also present in the casefile.

After a retouched color photograph of the victim's body was publicly released, two of her friends in Canada recognized the body as Reet Jurvetson. Police later contacted the victim's sister, who provided a DNA sample that confirmed Jurvetson's identity in December 2015. This break in the case was announced in April 2016. 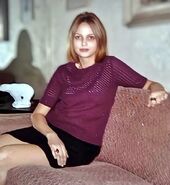 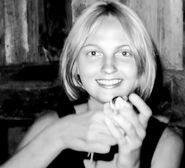 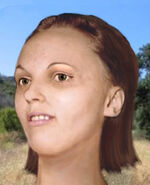 Postcard sent by Jurvetson to her parents 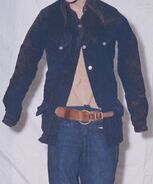 Police "mock-up" of the victim's clothing