Raj Mati Narain was a woman whose torso was discovered on September 11, 1987 in the Lewis River near Woodland, Oregon. Her legs found several days later in Portland. The remains of her daughter, Kamnee Narain, were found shortly after.

She, her daughter, and her husband Ashok Narain (who has never been located) were not reported missing until 2006. Raj and Kamnee were identified in September of 2007.

Despite most of her remains having been found, she remains listed in NamUs.

A woman's torso was found floating in the Lewis River on September 11, and a pair of legs matching the body were found on an unspecified date 'several days later' in the Willamette River in Portland, Oregon. Her head was never found and her cause of death, while determined to be a homicide, has either not been determined or not disclosed. She was around two months pregnant when she died.

The remains of a baby were found on September 24 in the Cowlitz River in Kelso, Washington. She had also been murdered and while her case was thought to be connected to that of the woman, it could not be confirmed.

Raj was reported missing by her brother-in-law in 2006, along with her husband Ashok and daughter Kamnee. The two bodies were confirmed as Raj and Kamnee by DNA testing in September 2007. Ashok is still missing and is considered a person of interest in the case. 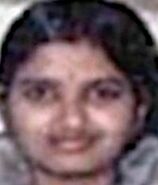 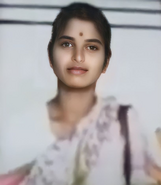