Hanging
Portbou Jane Doe was a young woman who was found hanged next to a cemetery in Portbou, Spain. A working team had passed by the area a short time before she was found but did not report seeing the woman there.

On the 4th of September, 1990, a young woman was found hanged in a pine tree next to a local cemetery in Portbou moments after a working crew had passed by the area and reported no sign of the decedent or her body even being in the tree. Immediately, authorities began searching through what little leads they could be given by her apparel, even obtaining a lead that she may have been seen with two boys on a terrace the previous day. Though the latter lead became fruitless, investigators found promise in the find that the woman's salopette pants did not originate from Spain nor were they sold in the country. The decedent was then believed to have been a foreigner, though authorities could not obtain a reason as to why she'd come to Portbou to commit suicide if she was not from Spain.

For the next two decades, investigators would be sure she would be identified soon due to her well-groomed appearance with the assumption that she likely had a family or boyfriend looking for her. Her photos were shared with other European police forces and in 2001, attempted to obtain clearance to exhume her body and collect her DNA. Though, despite being granted permission by a judge, Spanish police met a dead end when they were informed that the decedent had been placed in a mass grave when she was buried in the Figueres Cemetery. According to some officers, it was by this time that other investigators began to call her "The Bride" due to her clean appearance.

By 2015, Spanish police began sharing her photos on Twitter to reach more people worldwide much to no avail. Having exhausted all leads, investigators received a break when the head of Girona Forensics, a local organization, stated in a newspaper that they had embalmed the decedent so her body remained intact and could have DNA extracted in the future. Immediately, Spanish police requested permission to exhume her body once again, though this process has been frozen due to the complexities of the judicial administration system. Currently, no further updates on the status of the police's request have been given to the public. 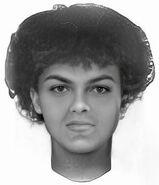