Philadelphia Jane Doe was a child whose decapitated remains were found in the Schuylkill River in 1962.

The child's remains were found inside a milk crate. A newspaper dated March 11, 1962, was found with the body, which had been wrapped in a white apron and a piece of clear blue plastic. The milk crate had been weighted with bricks.

She had antemortem trauma to her arms which were consistent with abuse, and her ring finger on her right hand had been recently amputated. Her head, which has never been found, was removed with a sharp instrument. She had severe postmortem burns to her back and feet, suggesting that her killer had tried to burn her body in an incinerator before she was disposed of. 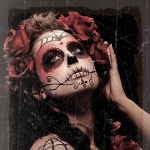