Peggy Lynn Johnson (March 4, 1976 - July 20, 1999), also known by the last name Schroeder, was a young woman who was murdered by her caretaker in July 1999. She was nicknamed "Crystal Rae." In November 2019, law enforcement announced she had been identified.

Peggy Lynn Johnson was born in McHenry, Illinois with cognitive disabilities. She lived with her mother up until age 18 when her mother passed away. Peggy started to live as a transient and was found by Linda LaRoche at a medical center in 1994. Linda took her in with her husband and their five children until her death. LaRoche coerced the victim into providing daycare and housekeeping services in exchange for residing at the house. Johnson was only permitted to sleep in the crawlspace of the home.

Throughout the five years that Johnson stayed with LaRoche's family, she was frequently abused by Linda, both verbally and physically. Johnson herself confirmed the abuse to the children when they asked what caused a black eye. They would later recollect that she had, at one time, stabbed Johnson in the head with a pitchfork.

Johnson died approximately on July 20, 1999. Linda LaRoche's (now ex) husband told police he saw the victim after she expired from the abuse and harsh living conditions. LaRoche claimed she had witnessed Johnson stealing medication in the bathroom and subsequently overdosed.

She stated she would dispose of the body and was absent for two hours. She would later tell police that she had abandoned Johnson along a Wisconsin highway, unharmed. Ultimately, her statements implicated another, unknown suspect for Johnson's murder. Despite this, she admitted to abusing the victim.

The following day, two individuals consisting of a father and daughter were walking along a rural road near Raymond, Wisconsin. Upon the discovery, it could be determined the victim was murdered, as signs of abuse were visible on the body. The daughter later stated in a later interview that the woman's arm appeared to be broken, given its "unnatural" position. Police did not mention any injuries to the limbs but confirmed the case was a homicide.

The body was clothed in a gray, Western-style shirt with red flowers. She also reportedly wore a pair of dark sweatpants. Since no shoes were recovered, there was a strong possibility she was not killed at the location. The night before Johnson's body was found, it had rained, which hindered police from gathering useful forensic evidence.

The victim appeared to have undergone substantial abuse and malnourishment during the final months of her life. One of her ears displayed a "cauliflower" deformity, commonly seen in cases of abuse. There were many areas of her body that displayed cuts and bruises. Her nose had also been fractured. Scars were found on both shins but have not been stated to have resulted from abuse. It was speculated she may have been abducted and held captive for some time. The victim had also been sexually assaulted.

The body was autopsied and the victim was estimated to be between 18-30. There was a possibility she was up to 35. It was also revealed she was potentially mentally disabled. Each ear was double-pierced and it appeared her brown hair had been highlighted blond. Her eye color was reported to most-likely be brown, although other reports list the possibility of them being hazel or green. Her teeth had not been well-cared for. The toxicology revealed that there were no drugs in her system when she died.

The victim's case was compared to that of Mary Kate Chamizo, who was murdered in December 1999. She was located 30 miles from her residence in Illinois and died under similar circumstances. There was eventually a series of convictions, yet they were later overturned.

Johnson's case was popular in the online sleuthing community. She was frequently compared to Aundria Bowman, who disappeared from Michigan a decade before. DNA eventually excluded Bowman from the case. Other individuals such as Nyleen Marshall were also ruled out.

Isotope testing was performed on the remains following an exhumation in 2013. The results indicated the victim had spent time in Alaska, Montana, Southern Canada or the New England states. Johnson was last known to live in Illinois; details surrounding her childhood and the possibility she had moved from another area have not been reported.

Peggy was identified in November 2019 after a "concerned citizen" reported that when Linda was intoxicated, she claimed to have killed a woman during the period she lived in McHenry, Illinois. Linda was arrested in Florida for a DUI and the report was brought to the attention of the Racine County Sheriff's Office in late September 2019.

Following her arrest and interrogation, Linda LaRoche was charged with Peggy's murder and waived extradition charges. She will face charges in Racine, Wisconsin.

Law enforcement announced that she would be exhumed and reburied next to her mother in Illinois. 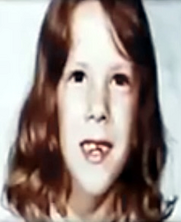 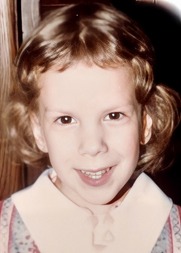