Patricia "Patsy" Skiple (May 29, 1948 - c. May 17, 1993) but also known as Patty, nicknamed "Carla" or "Karla" while unidentified, was a victim of serial killer Keith Hunter Jesperson, who was found strangled in Gilroy, California. "Cindy" was considered another potential name while she was unidentified.

She was identified by the DNA Doe Project in April 2022. Her case had been taken on in 2019 but recent Norwegian ancestry in her family took a long period to be fully examined.

The victim was located on westbound Pacheco Pass highway near Casa de Fruita by a truck driver who stopped at the turnout to relieve himself.

Serial killer Keith Hunter Jesperson confessed to her killing in 1997 in a letter to authorities. In his letter, Jesperson claimed that he met her at a truck stop on Interstate 5 in Corning, California about 20 miles south of Red Bluff and gave her a ride after buying lunch for her. In Williams, California, they had sex and then strangled her, before driving on toward Gilroy, California. Several hours later, he stopped at the Pacheco Pass on Highway 152 and tossed her body off the berm. He said she claimed to have relatives in the Sacramento, California area and she may have been a prostitute.

Between 1990 and 1995, Jesperson strangled eight women, many sex workers and transients, in California, Florida, Nebraska, Oregon, Washington, and Wyoming. Two of his victims, "Claudia" and "Suzanne" remain unidentified. He is now imprisoned at the Oregon State Penitentiary. 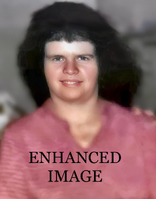 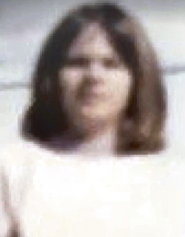 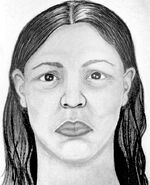