Unidentified Wiki
Register
Don't have an account?
Sign In
Advertisement
in: Female, Homicide by beating, Cases with Wikipedia articles,
and 13 more

Beating
Patrice Anita Corley was a woman found beaten to death in Ohio in 1990. She is believed to be a victim of an unidentified serial killer, known as "Dr. No." She was identified in 2017. 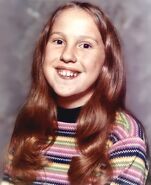