Owen County Jane Doe was a female murdered in Kentucky in 1988. Her body was left in a field, along Highway 330. She is a confirmed victim of Samuel Little.

Little described her as a "hippie" woman, he said that he met her at a strip bar in Columbus, Ohio. He mentioned that she had white, with short, dishwater blonde hair. She was 25 years old and about 5'7. Little said she asked him to drive her to Miami. They stopped in Cincinnati before continuing on to Covington, Kentucky. She wanted to get out and listen to the music, but instead, Little kept driving. He drove up a winding hill on a rural path, where he killed the woman and left her body partially concealed by vegetation.

The victim was found by a couple walking in a field along Highway 330, initially mistaking the body for an animal. The Jane Doe was not facially recognizable, and her left arm was missing. She is thought to have been sexually assaulted, based on the fact she was found wearing only men's socks and the position of her body.

After police released information about her discovery, a witness came forward to state that she might have seen the victim walking on a freeway, which was in close proximity to a restaurant often attended by truckers. This could never be confirmed, however.

The Parabon NanoLabs offered their services in early 2019. They have yet to release the results of their testing. The Jane Doe herself was buried in an unmarked grave; the exact location of her body is unknown. DNA was recovered via hair clippings kept in her evidence file.

Investigation later revealed that the woman may have had ties to or near the cities of Columbus, Ohio and Miami, Florida. 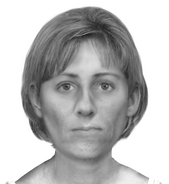 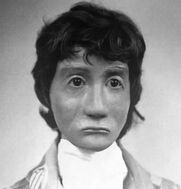