Presumed homicide
Opelika Jane Doe was a child whose partial skeleton was found near a trailer park in 2012. In 2016, a lead surfaced that she was possibly seen alive near the area she was discovered, although this has yet to be confirmed. It is suspected the Jane Doe was a victim of abuse and neglect, and her death was ruled a probable homicide.

She is currently undergoing testing by Othram, Inc.

It is believed she had been neglected and abused while alive. Only a few bones, including the skull and mandible, were found.

Isotope testing suggested the girl was likely native to Alabama or its bordering states, including parts of Florida, Texas, Oklahoma, Arkansas, Louisiana, Mississippi, Georgia, or South Carolina. The location of the remains indicated the individual or individuals who disposed of the body were familiar with the area and most likely native to Opelika.

A $20,000 reward is available for information leading to her identity and that of those responsible for her death.

In 2016, investigators received a tip including photographs taken during vacation bible school sessions at the Greater Peace Church in 2011. The pictures depicted an unidentified girl strongly resembling the Jane Doe. The child seen alive appeared to have been neglected, and she had a visible defect in one of her eyes. All attempts to locate and identify this girl have proved unsuccessful.

In May 2020, enhanced images of this child were released in hopes to increase chances of identification. 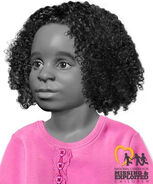 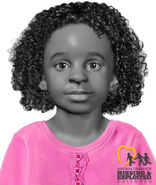 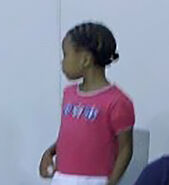 Another photo of the unidentified girl, showing the deformity in her eye that may have resulted from abuse 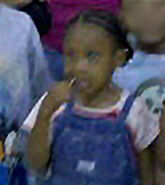 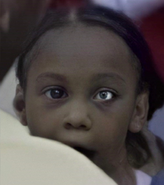 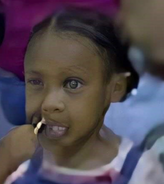