Onslow County Jane Doe was a woman whose skeletal remains were discovered by hunters in 1991. 15 women have been ruled out as the decedent.

Local hunters looking for raccoons in a wooded area near Bear Creek Road and Stewart Point Road in Hubert, North Carolina stumbled upon a skull on December 2, 1991. The majority of the woman's skeleton was found 40 yards away from the skull.

Based on the clothes she was wearing and the condition of the remains, investigators concluded that she most likely died in the fall or winter of either 1989 or 1990. The isolated location of the remains led to the conclusion that this was likely a case of homicide.

The cause of death could not be determined due to a lack of detectable injuries on the skeleton.

The case was reopened in 2020 and a new reconstruction was released, believed to be the most accurate depiction of the victim yet. Further tests are in progress in order to estimate the woman's eye and hair colors. Genetic genealogy is also under consideration.

Police are offering a reward of up to $2,500 for valuable information. 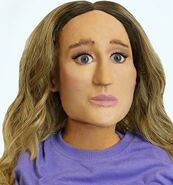 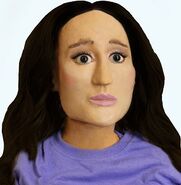