Unidentified Wiki
Register
Don't have an account?
Sign In
Advertisement
in: Male, Cause of death not stated, Young adults,
and 12 more

Not stated
Oklahoma City John Doe was a man found in an open field in Oklahoma City, Oklahoma on April 6, 2020. Little information is known about the case, however police have confirmed it was not a homicide.

His NamUS was removed in June or July of 2020, indicating he had been identified. 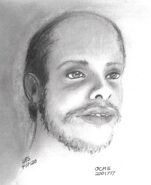