Norma was a woman found murdered in San Antonio, Texas in 1986. She was the victim of Ángel M. Reséndiz AKA the Railroad Killer.

The victim was discovered in an abandoned farmhouse near Weichold Road, east of San Antonio, Texas. She was shot four times with a .38 caliber pistol.

Ángel M. Reséndiz confessed to her murder in September 2001. He claimed to have met her while staying at a SAMM shelter in 1985. Reséndiz claims the woman’s name might be Norma, she came from Florida, and she mentioned Santeria, a Cuban-Afro religion where Yoruba deities are identified with Roman Catholic saints. He and victim frequented the area for target practice, but when she disrespected him one day, he killed her. Reséndiz also claimed to have killed her unidentified Cuban boyfriend and dumped his yet-to-be-discovered body in a creek between San Antonio and Uvalde. Authorities were able to confirm Reséndiz was in the area carrying a .38 at the time.

Reséndiz, who killed up to 23 people in the US and Mexico near mostly railroads in the 1990s and travelled across the US via trains he jumped on, was captured by Texas Ranger Drew Carter on July 13, 1999 and was executed on June 27, 2006.

Other unidentified victims of Reséndiz include Norma's alleged boyfriend.

The following have been ruled out per NamUs: 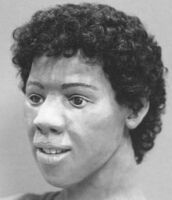 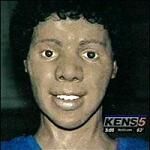