Unidentified Wiki
Register
Don't have an account?
Sign In
Advertisement
in: Female, Homicide by strangulation, 2006 disappearances,
and 12 more

Marlaina Nicole "Niki" Reed was a teenager whose remains were located in Chicago, Illinois in 2007. Her identification was aided by forensic artwork and a dentist's recognition of the extensive work on her teeth.

Reed's decomposed body was discovered in an alleyway in Chicago. She had been bound and concealed in a shower curtain and a cardboard box, after being beaten and strangled to death. One of the cloth fragments on the body depicted the name "Evelyn" in marker ink.

As she could not be visually identified, investigators submitted her case to the television series America's Most Wanted, which accepted and donated the funds needed to create both two and three-dimensional facial approximations. Karen T. Taylor was selected for the job.

Reed was identified after her facial reconstructions were recognized by a secretary at a dentist's office. The dentist owning the practice later confirmed conducting the work observed on the victim's teeth, including orthodontics. She was a habitual runaway, and was last known to have departed from one of several group homes she had stayed at. She had been reported missing on previous occasions, although it was not specified to have taken place for her final disappearance.

William McIntosh was later charged with Reed's murder in October 2010. He reportedly met her in the fall of 2006, and DNA from the bindings was used to link him to the crime. The clothing fragment had once belonged to his mother, Evelyn. McIntosh denied any involvement upon his arrest. 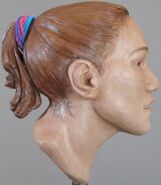 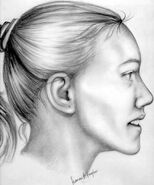