Unidentified Wiki
Register
Don't have an account?
Sign In
Advertisement
in: Female, Deaths by drowning, Asian,
and 10 more 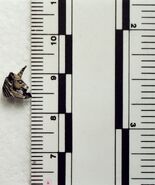