Strangulation
Nation River Lady was a woman found murdered in Ontario in 1975.

The unidentified woman was found floating face down in the Nation River around 100 yards from the Highway 417 bridge by a farmer. She'd been strangled to death with a cable and a kitchen towel was knotted at the back of her neck to create a ligature.

Blood was found on the bridge and it was confirmed to belong to the unidentified woman. Investigators originally thought the blood suggested she was thrown off the bridge and was in the Nation River between a week to a month before she was found, but the evidence was looked over again in 2005 and suggested she could've been in the river since the late summer of 1974.

In the original investigation, a store clerk in Marmora, Ontario, claimed to remember selling a tie to a couple consisting of a man and woman, although the store clerk couldn't remember the date of the sale. The woman matched the victim but the man was only described as 5'4" to 5'6" and around 35 years old.

The unidentified woman was buried in a Toronto cemetery in 1987. Over 300 missing persons reports have been ruled out as the identity of the woman. 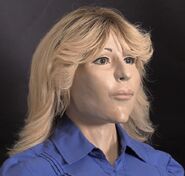 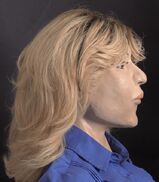 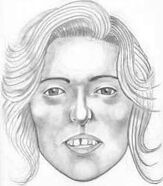 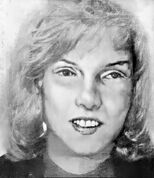 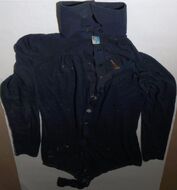 Bodysuit the victim was wearing.