Accidental all
Montreal John Doe was a male discovered in 1989.

The remains of John Doe were discovered in the skylight of a condominium building within Montreal on October 10, 1989.

The cause of death was found to be a result of bodily injuries sustained from a very high fall, making it uncertain whether his death resulted from an accident, suicide, or homicide.

The man was a triple amputee, missing both his left and right hands as well as his left foot. It is unspecified how recently these amputations had occurred prior to his death.

He was wearing a beige t-shirt (size small) made in Romania, brown wool pants (size 30) made in Poland, leather moccasin shoes, and a beige wool sock on his left foot. He also had a 20cm chain, made of a mixture of silver, aluminium, and stainless steel; attached to this chain, he had 4 keys on a carabiner. 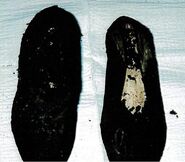 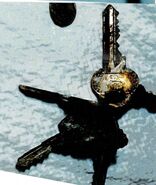