Montgomery County John Doe was a man who was discovered in Pennsylvania in 2009. It is believed he died from a drug overdose, based on evidence of habitual use.

The man's remains were located in a wooded area in Huntingdon Valley, Pennsylvania. No signs of trauma were observed.

He was previously listed as Black or Biracial until DNA phenotyping suggested he was of European and Middle Eastern descent. 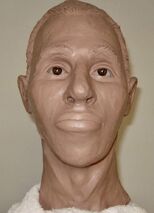