Monatiquot River Jane Doe was a woman found deceased in Massachusetts by a man canoeing in the Monatquot River.

At approximately 8:54am on February 15, 1997, the Jane Doe was spotted in the Montatiquot River by a man who had canoed in the river all but four days in the past month. He stated that he had not noticed anything unusual in the days prior to his discovery of the woman.

Sneakers found on the body. 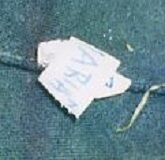