The unidentified woman's body was found near Porter Road, which was located in a rural area outside of Bear, Delaware. She is believed to have died somewhere else. Her legs were covered with a laundry bag that belonged to a laundry and dry cleaning company in Trenton, New Jersey. The original owner of the laundromat had since died, but relatives of the owner remembered seeing a woman similar to the unidentified woman and she was either a customer or nearby resident.

In the original investigation, authorities believed the unidentified woman died as the result of an illegal abortion, due to soap-like substances found in her vaginal cavity, but it was later discovered that she'd died of untreated septicemia.

While foul play has been ruled out as a possibility, the fact she appeared to have died in a different location, and the fact she had been covered in a laundry bag, and was partially naked, makes it appear that someone dumped her at the location.

15 women have been ruled out as being the decedent. 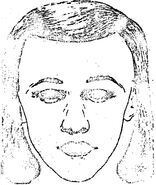 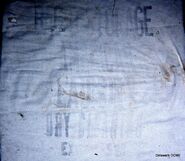