"Millie" is the nickname given to a woman, by law enforcement, found dismembered in 1984 in Washington. Her skull was not found until 1998. 26 women have been ruled out as being the decedent.

Her nude body was found along the south shore of the Spokane River. All that was recovered at the time was her torso; her head, hands, and feet had been severed. She had also been sexually assaulted and sodomized with a blunt object. The original age estimation for the remains was placed between 30 and 40.

It is generally believed that she had been killed within two days of the discovery, however, the water temperature was low, which increased the possibility that she had died up to weeks before. The type of blade used to dismember her remains has not been determined. A severed hand was located by a dog, which is said by some sources to have belonged to the victim. It was later misplaced by after being sent for testing. The prints were not linked to anyone in the FBI's system. An archived version of her NamUs file states the hand was excluded via mitochondrial testing.

Some investigators believe "Millie" possibly "knew her killer well," based on the efforts to prevent identification. As no known missing people from the area matched this victim, it is suspected she was not local to Spokane. One article suggested she was possibly of "Scandinavian origin."

Authorities stated that 20 female sex workers were killed during and after 1984 in the area, with seven being confirmed to have died at the hands of the same suspect, who was not specified. Gary Ridgway, otherwise known as the Green River Killer, is not believed to be responsible for her death.

Two days after Millie was found, the body of 30-year-old Debbi Finnern in the early hours of the morning on June 22, 1984. She had also been stabbed and evidence of sexual activity was noted. However, Finnern had not been dismembered, was local to the area, she was clothed, and she had not been disposed of in a body of water. At the time, the murders did not seem to be related. Her case is still unsolved, and she was possibly a victim of serial killer Robert Lee Yates. Yates killed at least 11 between 1975 and 1998 in Washington. He targeted prostitutes, yet he committed his known murders with a gun.

Her skull was found in a vacant lot located at 7th and Sherman avenues and was matched by DNA to the torso found in 1984. After the skull was studied, it was noted that it appeared she was about 18-24. The scene was searched for additional remains, but no additional bones were located, except for two vertebrae attached to the skull. The lot was the former location of a church that was demolished in 1989.

After the remains were linked by DNA in 2000, a sketch was created and then released to the media. At this time, authorities said they believed the woman's murder was an isolated incident,. In 2006, the possibility of a serial killer was re-introduced, as the ferocity of the crime was indicative of such.

In 2015, a potential break in the case surfaced when amateur sleuths reported the woman's strong resemblance to a missing woman, Sheila Pauley, last seen circa 1980 in California. Pauley's family members submitted DNA, but she was later excluded as a potential identity. 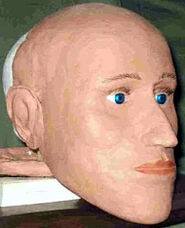 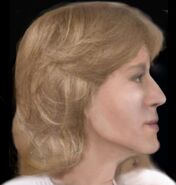