Unidentified Wiki
Register
Don't have an account?
Sign In
Advertisement
in: Male, Homicide by strangulation, Cases with Wikipedia articles,
and 11 more

Michael Allen "Mike" Glenn was a man found strangled to death on August 15, 1986 in Jackson Township, Ohio and identified in the Fall of 1989. He is the sixth victim of the I-70 Strangler.

Michael Glenn was born on December 3, 1956 to Richard and Joyce Glenn in Missouri. Growing up, he attended Warren Central High School in Indianapolis, Indiana. Later in life, he lived in a trailer park located on the outskirts of Indianapolis and worked as a handyman. By then, he was separated from his mother, with his father dying in 1967. e to this separation, the exact date of his disappearance could not be established.

On August 15, 1986, the body of a man, found only in his underwear, was discovered in a ditch in Jackson Township, Ohio, east of Eaton, Ohio. Strangulation marks, possibly from a rope, were found on his neck. The victim was buried on December 2, 1986 in a donated grave at the Preble Memory Gardens in West Alexandria, Ohio. In the fall of 1989, Indianapolis police identified the victim as being Michael Allen Glenn through the fingerprints Preble County deputies recorded and circulated. After his identification, Joyce took her son's body and had him buried at the Bicknell Memorial Cemetery in Bicknell, Indiana where she lives.

Glenn is considered the sixth victim of the I-70 Strangler. Between 1980 and 1991, twelve young boys or men were strangled and their naked bodies dumped near the Interstate 70 in Indiana and Ohio. Most of the victims were members of the LGBTQ community who disappeared within a four-block radius in Indianapolis.

No one has been arrested or convicted for these murders, but authorities looked at several suspects, including serial killers Larry Eyler and Herb Baumeister. Larry Eyler murdered twenty-one to twenty-four teenage boys and young men between 1982 and 1984 and mostly in Illinois and Indiana. However, Eyler, while confessing to twenty-one killings, never confessed to killing any of the I-70 victims before his 1994 death at the Pontiac Correctional Center in Illinois.

Herb Baumeister was discovered to have sexually assaulted, killed, and pulverized the remains of eleven men at his Fox Hollow Farm estate in the Westfield suburb of Indianapolis. Baumeister's victims, like the I-70 Strangler's victims, were strangled and many were last seen at gay bars. Additionally, a witness claimed Baumeister was the man seen leaving a gay bar with the fourth I-70 Strangler victim, Michael Riley, before being found strangled on June 5, 1983. After an arrest warrant was issued for the murders at his estate, Baumeister fled to Ontario, Canada and committed suicide in Pinery Provincial Park before he could be brought to trial. He did not confess to killing anyone in his suicide note. Outside of the circumstantial evidence, there is no known physical evidence linking him to the I-70 killings. 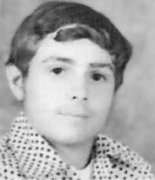