Unidentified Wiki
Register
Don't have an account?
Sign In
Advertisement
in: Female, Homicide by strangulation, People found in Texas,
and 12 more

Michelle Angela Garvey (June 3, 1967 - July 1, 1982) was a teenage girl who ran away from home in 1982 and whose body was found a month later in Texas. She was identified after a contributor on Websleuths submitted a tip of a possible match to the Harris County coroner's office.

Garvey is believed to have escaped from her home in Connecticut through an open window and likely hitchhiked. It is unknown how she arrived in Texas.

Her body was discovered a month after she vanished. She was strangled and believed to be sexually assaulted. No bra or shoes were recovered from the scene.

Two other people buried next to her, Dean Clouse and his wife Tina Clouse, were later identified in 2022.

It is theorized that she was a victim of the Texas Killing Fields murders. 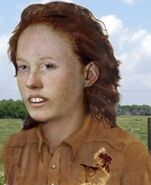 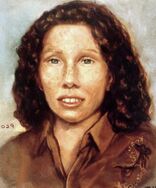